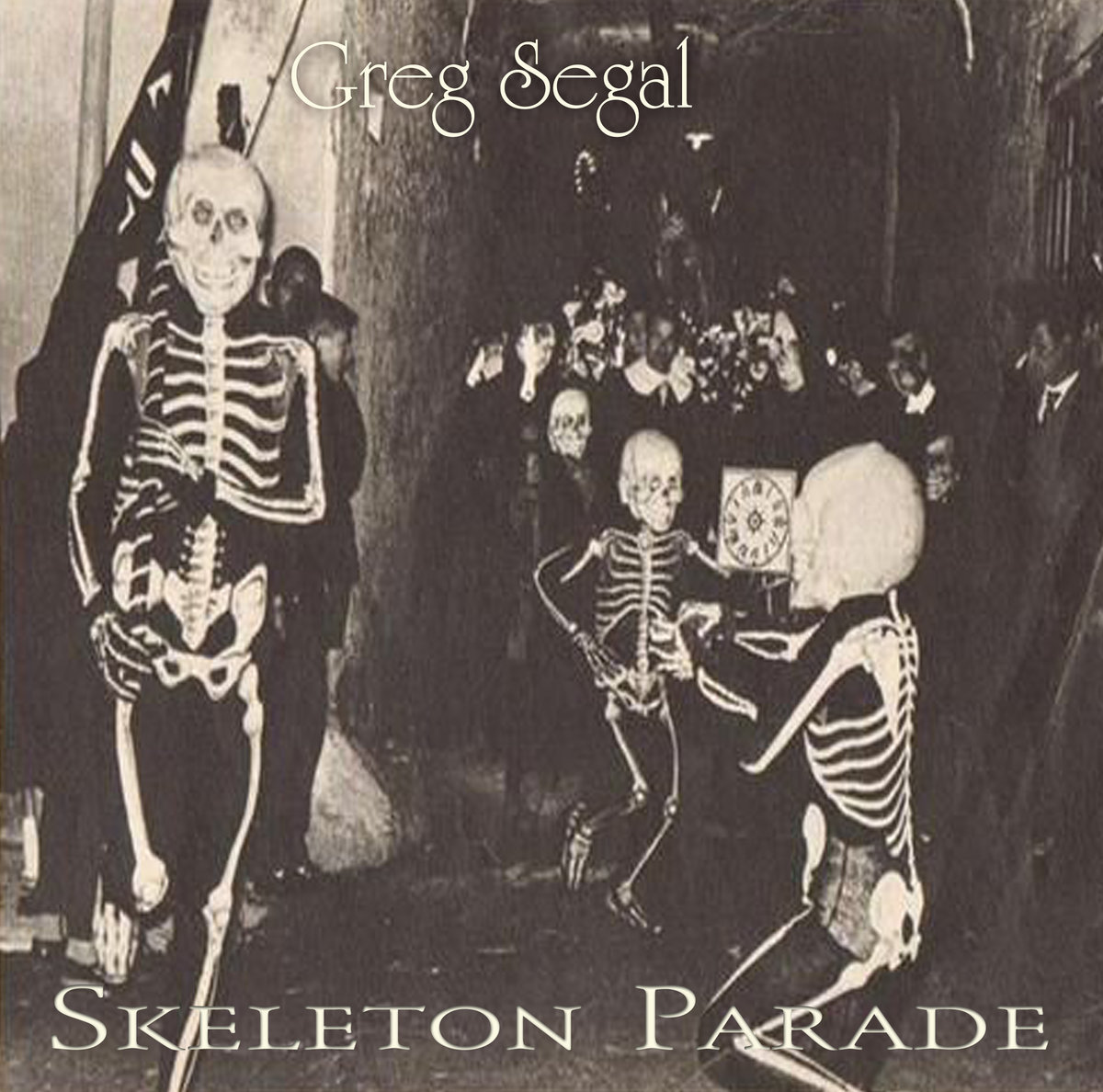 Probably the most "outside" yet, of the recent batch. Somewhere between avante-jazz and classical.

The pieces were built on their improvised drum tracks: skeleto-centric, an album of which makes a "Skeleton Parade". This is a method I have used in the past, and have been intending to work a lot more with since setting up the kit. I see nearly endless possibilities from it. The goal is to have the end result be as organically linked together with the "skeleton" as possible, so that the whole is flowing and intra-active.

The drums for "The Five Loves Of Shifty Ella Throckmorton" and "Banish The Unconstructive" were recorded at the same one-day session which produced the drum tracks for the "Beauty Sleep" album. These were done as palate cleansers between takes for the more composed "Beauty Sleep" tracks, and also simply to take advantage of the recording opportunity. It worked out well.

"The Five Loves Of Shifty Ella Throckmorton" is possibly the ugliest, scariest sounding piece. One of the things I did for it involved five clarinet tracks, all playing right on the edge of harmonics, and usually veering off into them. It's the closest thing I've found to making an acoustic instrument feed back, the way I have so often liked to do in the past with electric guitar.

"Banish The Unconstructive" was originally intended to be something positive and major sounding, but the piece apparently had other ideas! I let it develop along the lines my unconscious dictated. I suppose I shouldn't be surprised it dictated something darker, given my musical history.

The drums for "The Zen Of Thrift Shopping" were actually recorded even before the drums for "A Handful Of Ashes", as the sound track for my friend Jeffrey Von Ragan's short film of me looking at pot lids and and other items at a local thrift store, for the purpose of making percussion out of them. Only the beginning three minutes of the drum track was used for the film, and I wanted to see if I could make a full piece out of it. Every note of this has been gone over multiple times, with sections added, dropped or moved until it felt flowing and complete to me. (There was actually a completely different set of tracks overlaying the drums at one point, but I wasn't pleased with them. So I scrapped about 95% and started over.) It functions much more like a classical piece than a song- there is very little repeated structure, it morphs moment to moment. It took a while, but I'm pleased with the result, and hope you will be too.