NOTES: AN AWARENESS OF FRAMEWORKS 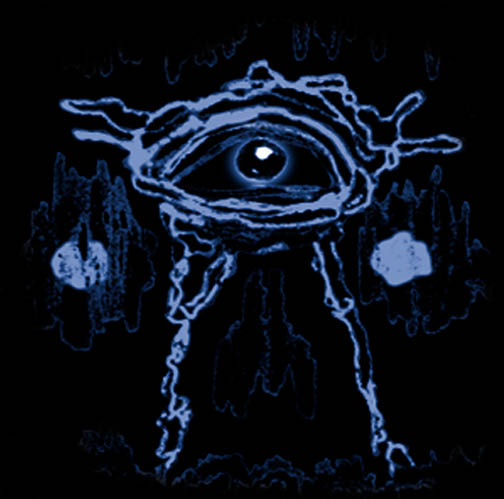 1. New notes on the remastered edition.
ANATOMY OF A REMASTER

When "An Awareness Of Frameworks" was originally conceived, I imagined the pieces running together in close segues, often overlapping. Unfortunately at the time it was being mastered I did not have access to the technology to do so without adding an extra generation of tape noise, which I did not want to do. Worse, my mastering equipment would not enable me to put less than 4 seconds between tracks. When the album was released, these interruptions led to some confusion, and for many they obscured the fact that these 23 seperate sections were actually one long piece. Considering the tradition of silence between sections of many classical suites, and the obvious relation/variation of many of the themes, I didn't think it would be that much of a stretch for people to hear the unity beyond the pauses. Nonetheless there were problems, and I was never really satisfied with the situation either.

Five months after "AAOF" was released, I did get the capability to make the version of it that I'd originally wanted, but it seemed a bit ridiculous to do a remaster that early. So I let it stand, figuring that one day, after enough time had passed, it would make more sense to do an upgrade.

Now that time has come. The original mixes have been retained, but the segues have been tightened and carefully timed (for contiguous rhythm) as originally intended. I have also done some fresh EQ, both to brighten and deepen the sound.

I had to resist the temptation to go back to the multi-track masters for a complete digital remix and remaster. This was actually not too difficult, since it became apparent very quickly that when it eventually comes time for that, I will rework the entire album, including some rewriting, rerecording, adding tracks, trimming others, etc. This will be part of the planned "Revisionist History" series, which will feature reworked, alternate versions of various recordings, particularly full albums. The originals will of course remain available, and people will have the option of owning one or both versions.

For now, I am pleased to present "An Awareness Of Frameworks" as originally intended. This remaster will replace the original release as the new standard version. Those with a sense of historical curiosity can contact me through Phantom Airship for a copy of the earlier version, if they wish.

The album, though made up of 23 pieces, actually is meant to function as a unit- a single piece in 23 movements. (I frequently like to work this way.) What could seem like fragmentation or sketchiness will make a lot more sense if the album is listened to with this perspective. There is no part of this that is not ultimately related to the whole piece. While this was very obvious to me, apparently it has not been as obvious to others. I don't generally make stuff to puzzle people, I really do want them to have every chance at enjoying it. If more information helps that to occur...here it is.

Some recurrences and variations are more obvious than others. Clearly the multi-part pieces are related. Perhaps not so clearly: the "Personal View" pieces, "The Worlds Open", "The Supernormal" & "Return of the Supernormal", plus the head and tail of "The Great Theta Drive", are all actually variations on the same theme- although I broke it up into sections, and not all of those have the full thing. (In fact the one that really brings them all together is "The Great Theta Drive".) Then there are the "Knowing Eye" pieces, which are closely related to the "Spontaneous Knowledge" set and the "Supernormal" set- which, as mentioned, is part of the main thread of the album- so, there are variations on variations. There's a percussion thread which starts with "Spontaneous Knowledge" and ends with the large middle section of "The Great Theta Drive"; but which is present throughout. There is a foreshadowing of the "Moist Earth" pieces on "Spontaneous Knowledge", but "Moist Earth" is also closely related to the main thread- listen to the segue between it and "Personal View #1" and you can hear that the latter piece works as a continuation of the former, but on a different instrument. And so on. What this does is set things up so that there are a lot of elements reflected in different ways, so that a piece that's primarily based around one thread still has something of at least one other going on in it. This is in keeping with the album's concept, namely of connection and interrelatedness despite an apparently wide diversity.

The note on the front page would seem to indicate this is an album about shamanism. While that is definitely the surface thread, even down to inspiring many of the song titles, it's not the whole story. The main point is actually the multi-leveled approach to world view and knowledge which that quote suggests, rather than being an ad for shamanism- which, need I say it, in its literal form isn't for everyone. In fact, when I posted that quote, I was also strongly considering putting this in directly beneath:

Some of you may say "Shamanism? But I'm an atheist/rational materialist! This means nothing to me!"

Well then, try this:

"And it is only on these terms, standing aside from any structure or medium, that its principles and lines of force can be discerned. For any medium has the power of imposing its own assumption on the unwary. Prediction and control consist in avoiding this subliminal state of Narcissus trance. But the greatest aid to this end is simply in knowing that the the spell can occur immediately upon contact, as in the first bars of a melody." Marshall McLuhan, "Understanding Media".

So we're back to the idea of an awareness of frameworks; that you can't really understand how any way of looking at something changes what you actually see until you can step outside of that viewpoint and look back at it. The idea that this can be done at all usually comes as a real shock to most people- who, more often than not, discover it because of some trauma that forces them to see it. And, having been forced into a new point of view, many people will simply swing to the polar opposite of whatever viewpoint they're coming out of. So eventually they will have to repeat the process, until they discover that no viewpoint is ever any more than that- not the whole picture, never the whole picture; only a point on the horizon, a tiny spot in a seemingly limitless vista. At first, this can be not just overwhelming, but very disillusioning- in every sense of the word. But beyond disillusion is freedom; and then with that freedom comes responsibility. You are here. You will color the world with your presence- and however subtle your influence may seem, this is the absolute truth and there is no avoiding it. This is not metaphysical speculation, this is fact. How will you choose to effect your environment? What will you contribute?

Just on the other side of the bridge, the cement ends and the river runs wild for a few miles. I'd say about 30 to 40 feet from the edge is where I found the guitar. (If you don't know that story but want to, see the GuitArt interview for more details).